The Natural Gas Research Programme, launched in 2003, has become one of the foremost sources of independent academic research on natural gas. The programme focuses on natural gas within the disciplines of the Institute: economics, politics and sociology, international relations of gas-producing, consuming and transit countries, as well as the environment in its relationship with natural gas.

Published – to order a copy >> 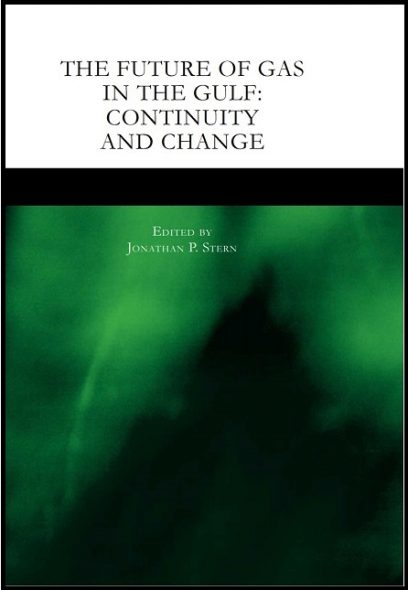 The Programme concentrates on natural gas issues of international significance, but also publishes work with a more regional and national focus. The Programme has produced major regional studies on gas and LNG in: Europe, Asia, CIS countries, the Middle East and North Africa. It has also produced a number of national studies, as well as work on Atlantic Basin LNG, gas pricing (in different parts of the world), market reform and regulatory issues.

Research is carried out by programme staff and commissioned from authors in a wide range of countries and from varied backgrounds: academic, industry and journalism. The Programme holds an annual Gas Day, at which topical events are debated by researchers and an invited audience.

The Programme has a Research Group comprising the sponsors of the Programme and independent experts from academia, industry and journalism. The Group meets twice a year to discuss proposed research projects, provide progress reports and debate topical issues, particularly new trends in supply and demand for gas in Europe and the Atlantic Basin.

We are interested in hearing from students and researchers working on social science aspects of natural gas in an academic environment worldwide. You can write to James Henderson or Jo Ilott.

We would like to acknowledge the kind support of our sponsors; without whom the research carried out by the Programme would not be possible.

The Natural Gas Research Programme is sponsored equally by the following organisations:

Sponsors maintain an on-going dialogue with the staff including visits and presentations.

If your company or organisation would like to discuss any aspect of the Gas Programme further, please do not hesitate to contact James Henderson, Anouk Honore or Jo Ilott.

The contents of the Programme publications are the authors’ sole responsibility. They do not necessarily represent the views of the sponsors, the Oxford Institute for Energy Studies or of any of its Members.

The staff of the natural gas research programme have links with the following:

From 2011 to 2016 several Natural Gas Research Programme researchers were involved in the work of the EU-Russia Gas Advisory Council, established under the auspices of the EU-Russia Energy Dialogue: Jonathan Stern as the EU Co-Speaker, Ralf Dickel and Katja Yafimava as Experts for the EU. More information about the GAC, including official documents, is available on the European Commission website.

Presentations made within each of the three GAC Work Streams – Gas sector, including EU Roadmap 2050 and scenarios, EU internal gas market issues, and infrastructure issues – can be found athttps://circabc.europa.eu/(once on the page take the following steps: Browse categories/European Commission/Energy/EU-Russian Gas Advisory Council/Library – then browse spaces and content).