The Oxford Institute for Energy Studies is a world leading independent energy research institute specialising in advanced research into the economics and politics of international energy across oil, gas and electricity markets.

For renewable energy projects, financing is a major bottleneck to accelerate the transition towards a decarbonized energy mix. Multilateral international institutions are developing new financing instruments to address the barriers and risks that hold back private investment in renewable energy technologies, while minimizing the possibility of crowding out the private sector. Within this context, our study explores the drivers of...

MENA oil exporting countries have been hit by a double shock: Covid-19 and the oil price collapse. Their short-term strategy to offset the impact of these shocks will focus simultaneously on fiscal adjustment and coordinating on oil supply cuts with other producers to support oil prices and revenues. While the degree of fiscal adjustment is constrained by its social, political...

This Comment gives the results of the Author's analysis of the European traded gas hubs in 2019, according to his 5 Key Elements and also introduces a global churn comparison between Henry Hub, TTF, NBP and JKM. Previous publications by this Author have shown how the once dominant NBP has started to lose its crown, only to be superseded by...

The contraction in oil demand due to the spread of COVID-2019 and dissolution of the OPEC+ agreement in March have combined to generate shockwaves through the energy and financial markets. As governments all over the world grapple with one of the most severe economic crisis since the Global Financial Crisis and as the oil and gas industry is focusing on...

In this OIES podcast James Henderson discusses the availability of Ukrainian gas storage for the European market with Simon Pirani and Jack Sharples, the joint authors of a new OIES paper on this important topic. With European storage capacity likely to hit its ceiling during the summer, the option to move gas into Ukraine’s huge storage reservoirs is becoming a...

Oil Supply Shock in the time of the Coronavirus

The large contraction in oil demand due to the spread of COVID-19 and the dissolution of the OPEC+ agreement has combined to generate large shockwaves through oil and financial markets. The impact on prices and balances has been severe with Brent and WTI falling by more than 50% over two weeks in March 2020. Daily Brent tumbled to $24.9/b on March 18 from... 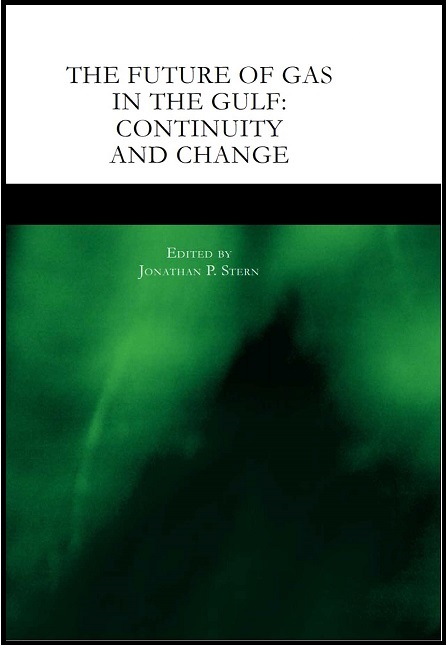 The Future of Gas in the Gulf: Continuity and Change

This book provides an update the development of natural gas in the Gulf countries nearly ten years after the publication of the OIES Gas Programme book on Natural Gas Markets in the Middle East and North Africa. The book comprises in-depth studies of a smaller set of countries, but those of critical regional and international importance to the future of gas: Qatar, Iran, Oman, Saudi Arabia, UAE, Kuwait, Iraq and Bahrain. Over the past decade, Gulf gas production and demand have expanded rapidly, and the next decade is likely to see further major expansions. The only substantial increase in LNG exports in the 2010s was from Qatar and a smaller, but still very significant, increase is planned for the 2020s. This book finds that the Gulf will play a substantial role in the expansion of global gas supply and demand at least until 2030, and probably beyond, and will therefore remain an extremely important region for gas and energy researchers over the next decade.

4. The Future of Gas in Saudi Arabia’s Transition

5. Appetite and Innovation: natural gas in the UAE

6. Present and Future Role of Natural Gas in Kuwait

7. Rising from the Ashes: natural gas in Iraq