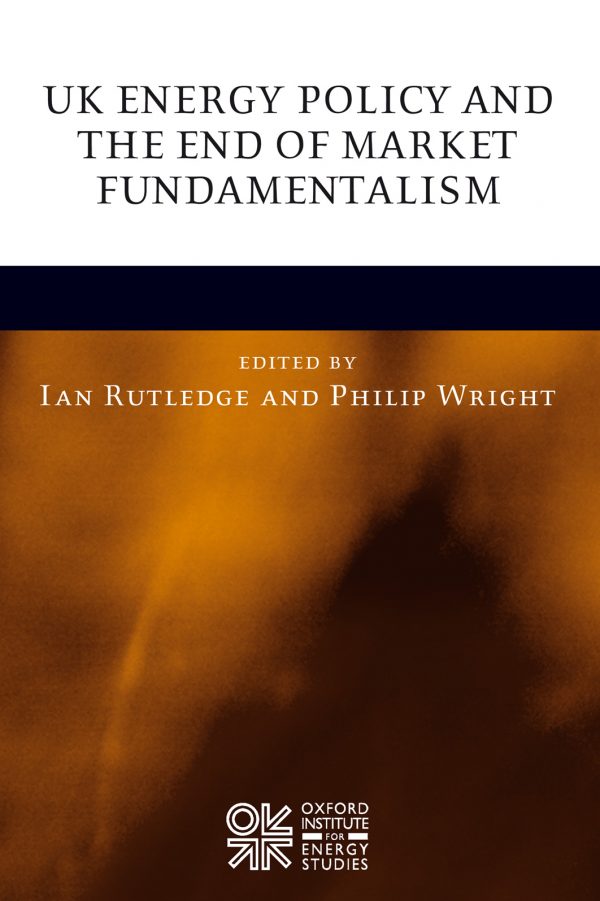 UK Energy Policy and the End of Market Fundamentalism

For the past 25 years the UK has been very influential worldwide in how governments should manage their energy industries and it is therefore important that a shop window should be opened onto the granular reality of UK experience, as opposed to its complacent ideological projection. The consequences of an energy policy dominated almost entirely by “the market” are now becoming increasingly evident, to the detriment of both business and household consumers. Domestic and industrial energy prices continue to rise, fuel poverty is once again on the increase and concern grows over the UK’s future energy security.

In this book 16 contributors expose and analyse the legacy of market fundamentalism in the UK energy sector, exposing the difficult challenges which it has left in need of serious attention.

In the upstream, these include the depletion of UKCS (United Kingdom Continental Shelf) oil and gas resources, a petroleum fiscal regime which favours the corporate interest, and continuing coal consumption on a large scale, but little remaining UK production.

To this legacy the contributors also assess the future challenges directed at avoiding further environmental damage at global and local level.

These in turn require both additions to state responsibilities (current government policy gives no significant prominence to five of these points) and qualitative changes in the forms of state participation required to achieve them. For example, in this his last publication of a 50-year career in Energy Studies, Professor Peter Odell argues that in order to rescue UK oil and gas production a new state company needs to formed to work in partnership with the private sector.

3. Managing the UK’s Remaining Oil and Gas Resources:
a Future Role for the State?
Peter Odell

4. The Premature Demise of the British Coal Industry
and the Future of Coal Consumption in the UK
Jonathan Winterton and Philip Wright

10. Can the Market Deliver Security and Environmental
Protection in Electricity Generation?
Malcolm Keay

11. What Future for Nuclear Power in a Liberalised
Energy Market?
Steve Thomas

14. The Future of Combined Heat and Power:
the Current Debate and its Policy Implications
Matthew Simmons and Gareth Young

15. From Liberalisation to Intervention:
Europe, the UK, and the Changing Agenda
David Buchan