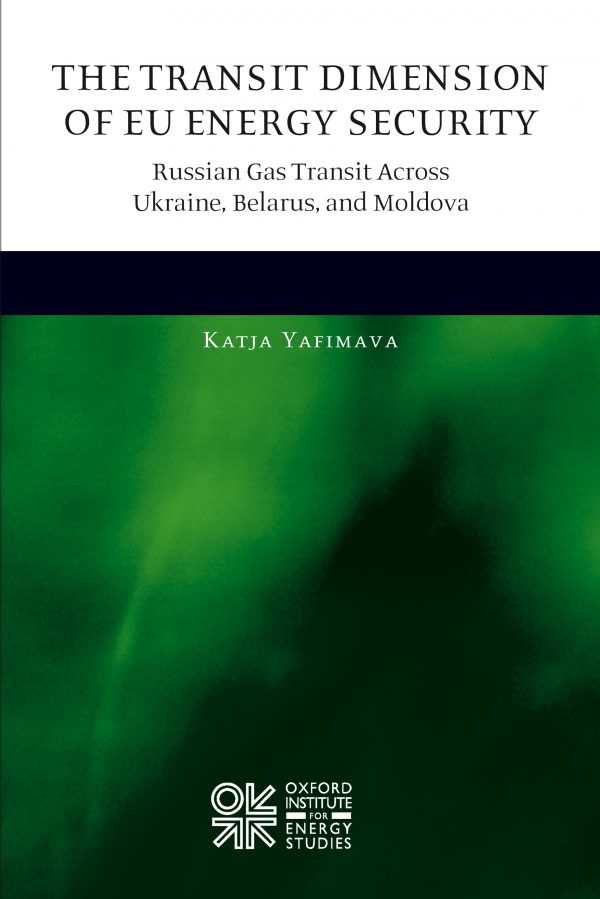 This is the first book to provide an in-depth analysis of market, legal/regulatory, and energy security aspects of the transit of Russian gas to Europe across western CIS countries – Ukraine, Belarus, and Moldova – to Europe. The book analyses how EU transit, and hence energy, security is affected by the governance structures of the Eurasian gas network and by asymmetrical power relations between its actors, in particular between Russia and western CIS states and their national gas companies. The book views the Eurasian gas network as the overlap and interaction of four spaces: the regulatory space, the contractual space, the space of flows, and the space of places. It concludes that discontinuities between and within the spaces adversely affect EU gas transit security, and suggests ways of reducing these discontinuities and minimizing their negative effects. Threats to the security of Russian gas transit across western CIS countries are identified, and reasons for unresolved Russia–western CIS bilateral issues which led to the appearance of these threats are explained, as are reasons why existing bilateral frameworks (supply and transit contracts and intergovernmental agreements) proved inadequate to ensure security of transit. EU energy policy gaps are identified, and the reasons which reduced the Union’s ability to deal with such threats, and the ways in which transit security could be incorporated into the existing policy frameworks, are explained. The book shows how multilateral frameworks (the Energy Charter Treaty and the Energy Community Treaty) could contribute towards increased security of transit, and how transit security threats can be reduced through the joint employment of bilateral and multilateral frameworks.

Katja Yafimava is a Research Fellow at the Oxford Institute for Energy Studies (OIES), Natural Gas Research Programme. She holds a DPhil in Geography and an MPhil in Russian and East European Studies from the University of Oxford. Prior to joining the OIES in 2006, she conducted research at the Energy Charter Secretariat (Directorate for Trade and Transit).
This author’s other publications include Post-Soviet Russian-Belarusian Relationships: The Role of Gas Transit Pipelines, the chapter entitled ‘Belarus: the domestic gas market and relations with Russia’ in Russian and CIS Gas Markets and Their Impact on Europe, and the paper ‘The June 2010 Russian-Belarusian Gas Transit Dispute: a surprise that was to be expected’. Co-authored publications include the papers,‘The Russo-Ukrainian Gas Dispute of January 2009: a comprehensive assessment’ and ‘The April 2010 Russo-Ukrainian Gas Agreement and its implications for Europe’.

3: Existing Multilateral and Bilateral Frameworks: The Lack of Overlapping Membership and its Implications for EU Gas Transit Security

4: Gas Supply to Europe: The Role of Non-EU/Non-EEA Suppliers and the Increasing Importance of Transit

6: Russia-Ukraine Gas Relations and Their Role for EU Gas Security: The Search for a Politically Acceptable Commercial Framework

Conclusion: Towards a ‘Transit-free’ Geography of Gas Transit