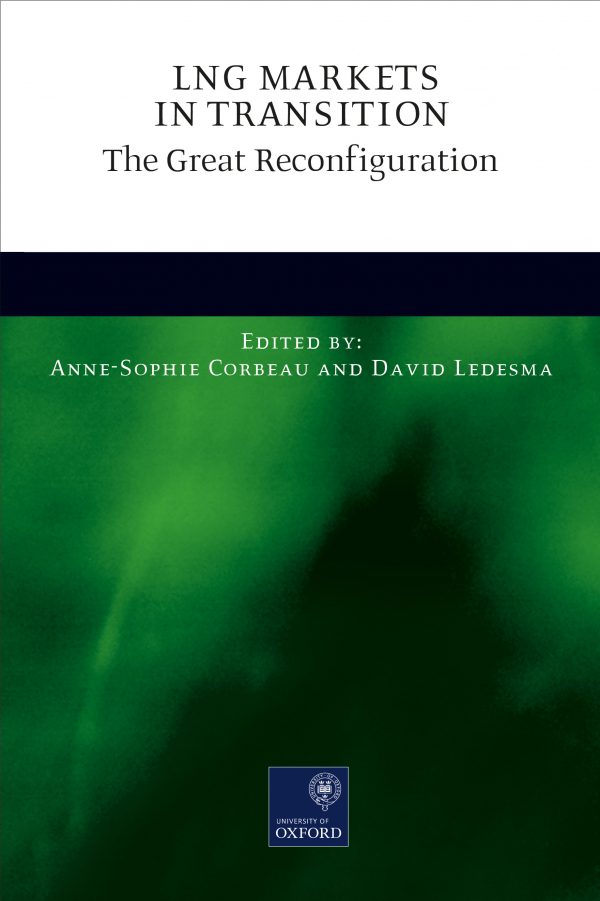 LNG Markets in Transition – The great reconfiguration (pdf download only)

PDF download only available – To view your download once purchased you will need to use IE 9 or above or an alternative browser like firefox or Google Chrome.

The present situation in the LNG market should be seen as a “crossroads or a cliff” for the industry. The LNG industry has not been static over the past 5 decades and has already experienced many changes, but still the model of long-term contracts prevails and the majority of LNG is still bought at oil-indexed gas prices. There have however been considerable changes: an increase in short-term trading of LNG, buyer contractual flexibility and FOB contracts which have lead to around a quarter of the LNG is being traded under spot and short-term contracts, with aggregators play a far more significant role. All these factors have influenced project business structures.

The industry has now embarked on a period of further change, with over 180 bcm of new LNG export capacity under construction at a time when the assumed rapid LNG demand growth in Asia appears to be slowing. The absorption of this new supply will affect, not only trade-flow patterns, but also pricing dynamics, competition with other gas supply channels and (in the power sector) potentially other fuels. Key to this change is US LNG, with buyers becoming more selective about what they want and what terms they are ready to accept. Sellers however are facing high costs and are reluctant to abandon a business model in which they have confidence. Oil indexation is under further attack with US LNG selling at HH indexed (plus costs) prices and other sellers and buyers have been pressured to adopt different pricing policies and secure more flexibility in the LNG contracts.

1. Looking Back at history: the early development of LNG supplies and markets
Jonathan Stern and Ken Koyama

2. The Maturing of the LNG Business
Anne-Sophie Corbeau and Andy Flower

3. The Changing Commercial Structure of the Upstream and Midstream Business
David Ledesma

David Ledesma
David is a Research Fellow for the OIES, since 2007, focusing on LNG and LNG/gas interface and gas and LNG strategy along the value chain. He is an experienced commercial manager with hands-on experience of developing and closing commercial gas transactions as well as developing business strategy. David has authored papers and co-authored several books for the OIES.

Anouk Honore
Anouk, formally with the IEA where she focused on China, Latin America and later the IEA members gas markets, joined the OIES in 2004. At the OIES she focuses on the European (and South American) natural gas issues with particular emphasis on the gas market fundamentals, building scenarios and power generation.

Brian Songhurst
Brian is a Senior Visiting Research Fellow. He is currently Director of LNG within Energy and Power, based in London and manages a variety of LNG projects for both onshore and offshore (FLNG) applications. He was previously Engineering Manager with MW Kellogg and Facilities Engineering Manager with J Ray McDermott one of the world’s leading offshore contractors.

Chris Caswell
Chris is Director – LNG and FLNG, Engineering and Construction, KBR, in Houston where he leads the technical oversight team that is responsible for KBR’s worldwide LNG projects and maintains KBR’s know-how and technical execution consistency. He has 24 years of industry experience and has worked exclusively in LNG since the year 2000.

Chris LeFevre
Chris is a Senior Visiting Research Fellow, since September 2012. He is an independent energy consultant with particular focus on European and former Soviet Union markets. He has published working papers on gas storage in UK, natural gas in transportation in Europe and is presently working on a study of the impact of UK energy policy on the gas sector.

Andy Flower
Andy has been working as an Independent Consultant since 2001. He specializes in the LNG business where his areas of expertise include: strategy marketing, project structures, shipping, pricing, supply and demand and project economics. He retired from BP in 2001 after 32 years, including 22 years working in the company’s LNG and natural gas businesses.

Jonathan Stern
Jonathan founded the OIES Natural Gas Research Programme in 2003 and was Director, to October 2011, then Chairman and a Senior Research Fellow. He is a Professor at the University of Dundee and Imperial College and a fellow of the Energy Delta Institute. Since 2011 he has been the EU speaker for the EU-Russia Gas Advisory Council. He is the author of several books and many shorter works on energy and natural gas issues.

Howard Rogers
Howard joined the OIES in January 2009 and became Director of the Natural Gas Programme in October 2011. Prior to joining the Institute Howard was with BP for 29 years. Howard has published research papers and authored book chapters on gas and LNG pricing, shale gas in the US and UK, the interaction between wind power generation and gas in the UK and the outlook for gas with CCS.

James Henderson
Jim is a Senior Research Fellow at OIES, since 2010. A Russian oil and gas expert, his publications include numerous papers on the Russian oil and gas sector, the 2010 book “Non-Gazprom Gas Producers in Russia”, and co-editor of “The Russian Gas Matrix: How Markets are Driving Change” for OIES and the recently published “International Partnership in Russia”.

James T Jensen
James is President of Jensen Associates, a consulting firm in Weston, Massachusetts. He is a recognized expert on international natural gas supply, demand, pricing, regulation and trade. He is a past President of the International Association for Energy Economics, the National Association of Petroleum Investment Analysts, the Society of Petroleum Engineers and the Paris Energy Club.

Sylvie d’Apote
Sylvie D’Apote an energy economist with over 20 years of experience as an international energy consultant, spanning the whole energy spectrum from oil & gas to coal and biomass. Focusing on Latin America since 1999 and based in Brazil since 2003, Sylvie has developed a deep expertise on regional natural gas issues. She is the Founder and Managing Partner of PRYSMA E&T CONSULTORES.